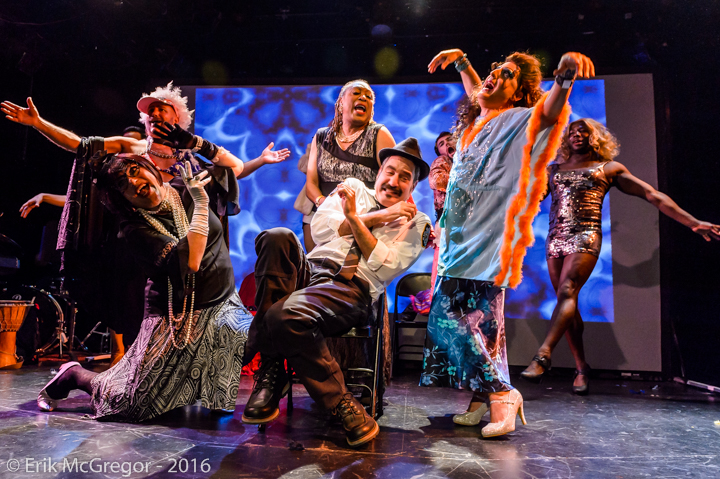 I am a critically-acclaimed director and choreographer specializing in new musicals.

I have developed musicals centered on music by
pop singer / songwriter P!nk and Pete Townshend of The Who,
and collaborated with David Bowie’s pianist Mike Garson
on a rock musical adaptation of The Happy Hooker.

Full productions of new musicals include….

…That’s MISS FITS to YOU! which the New York Times called “a musical extravaganza…a glittering paean to a polygender counterculture”…

…and indie pop musical Andru’s Head, which the Times cited for its “blithe humanism.”

But new musicals aren’t all I do! I’m versatile, directing opera, a few play revivals, and many new dramatic works.

I directed Spanish composer Enrique Granados’s opera Goyescas with an exciting new opera company Bare Opera, in only its second professional production in New York City, its first being its Metropolitan Opera debut in 1916. This bohemian opera was inspired by the lush paintings of Goya, and this new production was influenced by the vibrant urban landscape of 1980s Madrid, and was choreographed by my frequent collaborator Liz Piccoli.

George Grella of New York Classical Review said: “What Bare Opera did have is ideas, craft, and some highly talented and skilled performers…Jonathan Warman’s direction subtly but clearly defined differences in values between the pairs, setting the majismos’ self-conscious outsider stance against Fernando and Rosario’s restrained forbearance…Structured in three tableaux, with an Intermezzo and Interlude that provided for more excellent dancing, the staging was sympathetic to the underlying haunted quality of Granados’ original composition.”

The reviews for Now the Cats were fantastic! Here are some samples:

“Thanks to the imagination of director Jonathan Warman and his enthusiastic cast, it makes for an outrageously entertaining 50 minutes…Warman mixes Williams’ diverse elements skillfully, letting them jostle gently about, feeding rather than fighting each other.” – Erik Haagensen, Backstage

“Thanks to the surehanded staging from director Jonathan Warman and a fine cast, this mere squib of a play provokes both laughs and thought.” – Andy Probst, Theatermania

“Warman more than matches the piece’s phantasmagorical style…Warman elicits exquisite performances from his cast that are at once real and larger-than-life.”
– Heather J. Violanti, New York Theatre

13 thoughts on “About Jonathan Warman”